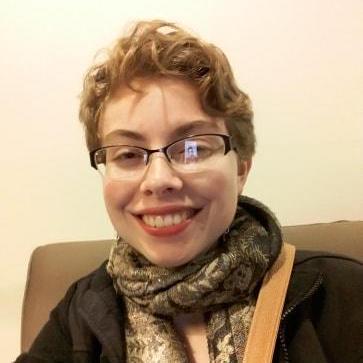 Hello, my name is Stephanie Allen, and I am an applied mathematician who is passionate about improving society. I am a fourth-year graduate student in the University of Maryland-College Park's Applied Mathematics, Statistics, and Scientific Computation (AMSC) Ph.D. program; I am pursuing the Scientific Computing track in this Ph.D. program. My current research centers upon inverse optimization and stochastic mathematical programming, and I am advised by Dr. Steven Gabriel and Dr. John Dickerson.

A Few Facts About Myself

I have experience in a few coding languages

This section outlines my research experience.

We've worked on a range of projects from the fields of statistics, optimization, and operations research. Our current work focuses upon inverse optimization and stochastic programming.

We presented ongoing research at INFORMS 2020.

We presented the results of our AMSC664 Advanced Scientific Computing II project at INFORMS 2019.

We presented the results of our AMSC663 Advanced Scientific Computing I project at JMM 2019.

We presented the results of a stochastic optimization graduate class research project.

Abstract from arXiv: As demonstrated by Ratliff et al. (2014), inverse optimization can be used to recover the objective function parameters of players in multi-player Nash games. These games involve the optimization problems of multiple players in which the players can affect each other in their objective functions. In generalized Nash equilibrium problems (GNEPs), a player's set of feasible actions is also impacted by the actions taken by other players in the game; see Facchinei and Kanzow (2010) for more background on this problem. One example of such impact comes in the form of joint/"coupled" constraints as referenced by Rosen (1965), Harker (1991), and Facchinei et al. (2007) which involve other players' variables in the constraints of the feasible region. We extend the framework of Ratliff et al. (2014) to find inverse optimization solutions for the class of GNEPs with joint constraints. The resulting formulation is then applied to a simulated multi-player transportation problem on a road network. Also, we provide some theoretical results related to this transportation problem regarding runtime of the extended framework as well as uniqueness and non-uniqueness of solutions to our simulation experiments. We see that our model recovers parameterizations that produce the same flow patterns as the original parameterizations and that this holds true across multiple networks, different assumptions regarding players' perceived costs, and the majority of restrictive capacity settings and the associated numbers of players.

We implemented state-of-the-art inverse optimization methods in Python for our Advanced Scientific Computing project (Fall 2018-Spring 2019). The code can be found here. We presented on this work at JMM 2019 and INFORMS 2019.

For our Probabilistic Optimization (ENME725) course in Fall 2018, we worked to develop code in Pyomo and PySP for Fan and Liu (2010)'s two stage stochastic network protection model with complementarity constraints. We presented the code at ECOM 2019.

After the April 2015 Nepal Earthquake, the Himalayan Disaster Relief Volunteer Group distributed supplies to affected areas. We model the organization’s delivery of supplies as a vehicle routing problem using Fisher and Jaikumar’s two-stage method, which allocates locations to vehicles via an integer program and then uses heuristics to route the vehicles. In the allocation stage, we use the assignment problem formulation to assign locations to vehicles. In the routing stage, we implement multiple heuristics for the sake of comparison. Our results illustrate the open nature of the vehicle routing problem and the computational necessity of heuristics. A pre-print of the condensed version of my thesis can be found on arXiv here. A modified version of this pre-print is published in Volume 11 of the SIAM Undergraduate Research Online (SIURO) journal and can be found here. The code corresponding to the project can be found on GitHub here. The condensed paper was selected as a finalist for the 2017 INFORMS Undergraduate O.R. Prize Competition . I also presented the research at the Pi Mu Epsilon 2017 Conference and won the Mathematical Association of America Environmental Mathematics Special Interest Group Student Speaker Award.

In this project, we worked with three colleagues to design a two-stage video change-point detection method for body-worn video. We presented at the 2017 Joint Mathematics Meetings and at the 2017 Nebraska Conference for Undergraduate Women in Mathematics (NCUWM). We were published in the SIAM Undergraduate Research Online journal (SIURO), so our paper can be found here